Strategic firmness and tactical flexibility in diplomacy with Guyana

Caracas, 01 Jul. AVN.- The Venezuelan territory usurped by Britain unfairly and arbitrarily through the 1899 Paris Arbitration Award has not been recognized or accepted by any Venezuelan government since then.

From the historical point of view the possession of all the territory –today in reclamation– by Spain since the fifteenth century is undeniable and recognized by all existing powers at the time. The Republic of Venezuela, created in 1810, inherited the territory that until then was the Captaincy General of Venezuela. In 1648, by the Peace Treaty of Münster, the Dutch Republic had recognized that territories between the Orinoco and Essequibo rivers were Spanish giving shape to the Spanish Guyana. Spain, meanwhile recognized the Dutch sovereignty of the eastern Guyana, which was subsequently ceded to Britain by a treaty signed by British and Dutch governments in 1814, this included a territory of 20,000 miles east of the Essequibo River.

Although since the late sixteenth century Great Britain had taken Spanish and Dutch territories in America, it is from 1814 when it began its aggressive and hostile policy of westward expansion under its sovereignty in Guyana. Thus, the original 20,000 miles in their possession, were expanded to 60,000 in the mid-nineteenth century, 76,000 in 1855 up to 109,000 miles. It should be recalled that Britain was the main colonial power and exercised its unhindered hegemony in the world through force, aggression and subjugation.

In this context, Venezuela permanently protested the arrogant and expansionist attitude of Britain and asked in 1897 to evacuate the area in conflict. The British response through its ambassador in Caracas, F. R. Saint John was defiant and threatening. Earlier in 1895, the government of Venezuela, –citing the Monroe Doctrine– had asked the United States to intercede in the conflict. For this reason, in 1896 the United States and Great Britain started talks on the border dispute. This led in 1897 to establish a treaty of arbitration.

United States managed to impose arbitration conditions absolutely harmful for Venezuela and favorable to Britain. The weakness of the Venezuelan government could not prevent such rules. It is this arbitration which in 1899, regardless of international law, in breach of the rules it had set up and without Venezuela being able to present their arguments, ruled against the oil country legitimizing the encroachment. The true extent of the looting became known many years later.

In 1949 it was released a memorandum written by American lawyer Severo Mallet-Prevost who had acted as junior counsels for Venezuela in the Arbitral Tribunal's hearing. It's worth pointing out that, all the "representatives" of Venezuela in the arbitration, headed by former President Benjamin Harrison were also Americans. In the document, published after his death, Mallet-Prevost recognized that the 1899 Award was the result of a political deal between Britain and Russia, agreed outside the rule of international law that made an arbitrary delineation of the border. It was notable that two of the five judges who ruled were British, two Americans and one from Russia, who were presumed neutral.

This demonstrates the corrupt nature of the award and is the reason why no Venezuelan government has recognized it. In 1951, at the Fourth Meeting of Consultation of Foreign Ministers of the OAS, Venezuela raised the issue of nullity of the 1899 Award and its claim to western Essequibo. From that moment, the country made permanent efforts to seek international recognition for its position, rejecting the legal validity of the Award and stressing the need for negotiations for a peaceful solution to the dispute. In 1966, Britain finally agreed to start negotiations with Venezuela, reaching the Geneva Agreement on February 17, 1966. This agreement was recognized by Guyana at the moment of its independence on May 26 of that year.

Venezuela recognized Guyana's independence, reserving its historical claims, and thus recognizing the sovereignty of the new state from the east of the midline of the Essequibo River from its source to its mouth in the Atlantic Ocean.

Over time, this dispute has remained on friendly terms and within the framework of international law, regardless of the governments that have taken place in both countries. As has been demonstrated, Venezuela holds the historical and legal right.

Continuing the tradition of Venezuelan diplomacy, to manage conflict within the principle of peaceful settlement of disputes, Commander Hugo Chavez put the emphasis on the interests of the peoples of both countries, insisting on friendly terms that characterize relations between Venezuela and Guyana, and on the supreme goals of the Latin American and Caribbean integration.

Recently, the first warning sign altering this situation occurred when Guyana abandoned to continue the process of the Good Officer, appointed by the United Nations. This was a clear indication by the Guyanese government to take the conflict by another route. That is unfortunately the case. For the first time in history, the border dispute was the subject of a electoral campaign, sparking a furious anti-Venezuela nationalism, appropriately used by the candidate who is now Prime Minister.

The concession to Exxon Mobil is part of the logic of escalating the conflict to put Venezuela on the dock. The company, acting under protection of powerful transnational economic and political interests has chosen to serve as a beachhead of a new interventionist escalation against Venezuela. It is the same method of the declaration of Venezuela as a threat issued by President Obama on March 9 that evidently failed. However, this case is more delicate because it tests deeper balances of Latin American and Caribbean integration and the efforts that have led to create UNASUR, CELAC and Petrocaribe.

The escalation seeks to establish the notion that Venezuela is an aggressor country. This is contrary to the March 9 order, because while it declared Venezuela a threat against the United States, in this case, if Venezuela was forced to take measures to defend its sovereignty over territorial waters in dispute, it would be "proof" of their "manifest aggressive will against a small country like Guyana".

Again, as in the order of March 9, the immediate target is Venezuela, but the ultimate goal is to destroy the integration process. It is intended to test everything that has been built with great effort on integration matters. Transnational companies of disinformation immediately have started yelling about "aggressive spirit of Venezuela".

In this context, the creation of the Operating Zones of Integral Maritime and Insular Defense, or Zodimain, has raised "concern" on our western flank. In this regard, Colombian President Juan Manuel Santos said that "... we are currently studying this decree, we have submitted it to the negotiating committee we have set up many years ago with Venezuela and of course, if we find something that affects us, we will send a diplomatic protest immediately. But right now we are studying the decree and its impact on Colombia."

To add "more fuel to the fire," the Colombian media have been quick to announce that "according to consulted international experts" Venezuela's decree creating the Western Zodimain is not valid because "the decree unilaterally sets the maritime delimitation between Colombia and Venezuela, which has not happened in any country, except for Guyana, who protested and holds a current dispute under mediation by a delegate of the UN" and finish off stating that "in the case with Colombia –because the other operating zones created by decree affect countries like Guyana, Suriname and France–, they unilaterally set the maritime boundary between the two countries, which is unprecedented." If we expected escalation of the conflict, here it is. The mention of France, a NATO country and permanent member of UN Security Council is not free.

Again, Venezuelan diplomacy must be vigilant and with the utmost responsibility to prevent imperial armies from obtaining benefits of the stimulus of contradictions that perfectly can be maintained in the field of negotiation and friendly relations between sister nations. As always, the strategic firmness must be accompanied by the tactical flexibility that leads to good results, avoiding the much desired conflict by the imperial monster. 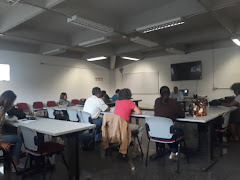